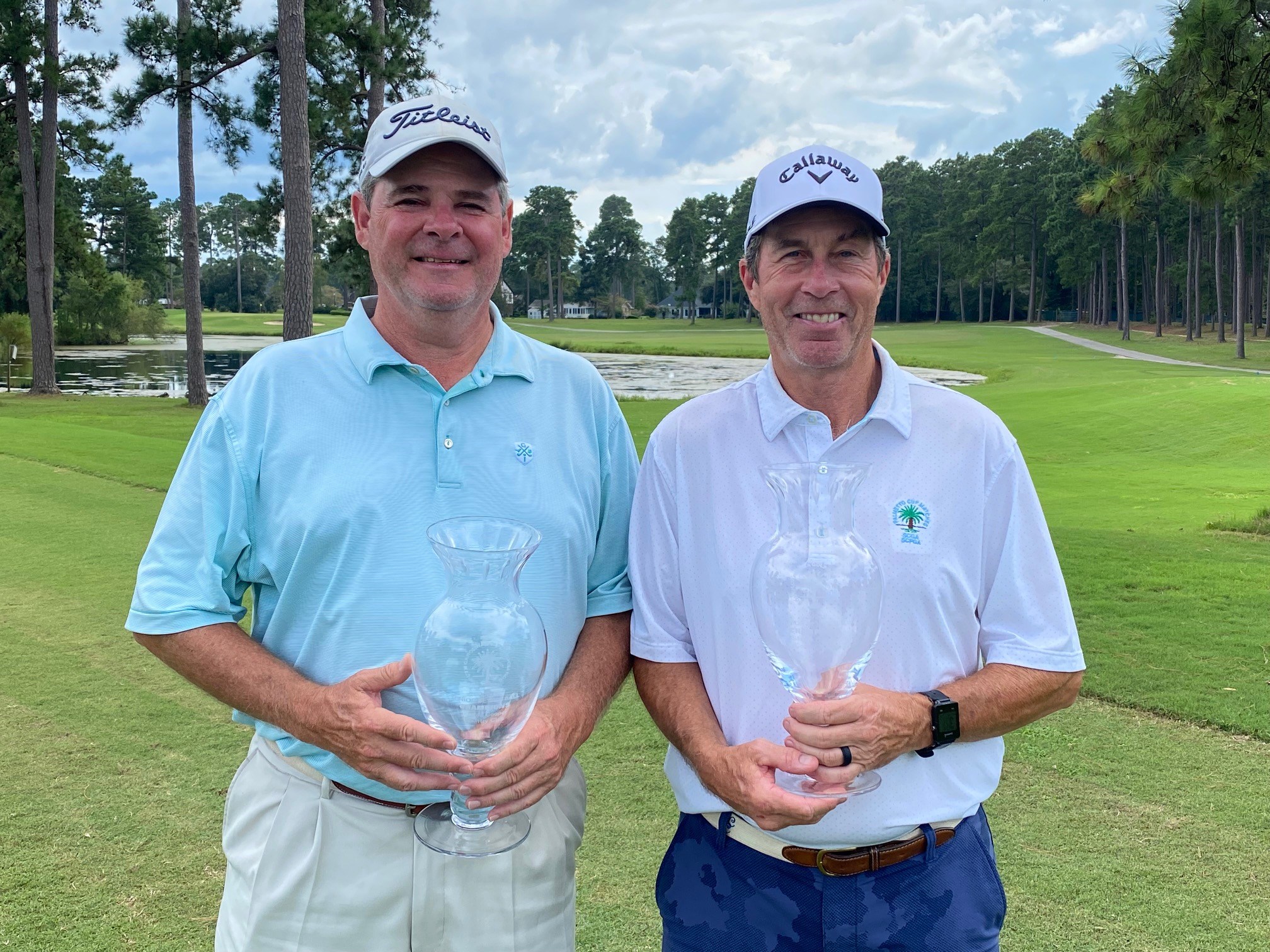 In dominant fashion by closing out the 2022 SCGA Senior Better Ball Championship with a final round score of 66, the team of Eddie Hargett (Blythewood) and Brad Krapfel (Columbia) completed the wire-to-wire victory with a tournament total of 15 under par 129.

Hargett and Krapfel would begin the day with a three-shot lead but would ultimately close out the title with a six-shot victory, as the next closest teams would finish at nine under par for the tournament. Finishing in a two-way tie for second place were the team of Yancey Johnson (Simpsonville) and Doug Ramey (Greer) along with the team of James Massalon (Chapin) and James Fralix (St. George). Greg Wilkerson (Columbia) and Mims Liner (Irmo) would finish in solo fourth with a two-day total of eight under par 136.

The field was split into four flights for Sunday’s final round based on first round scores.