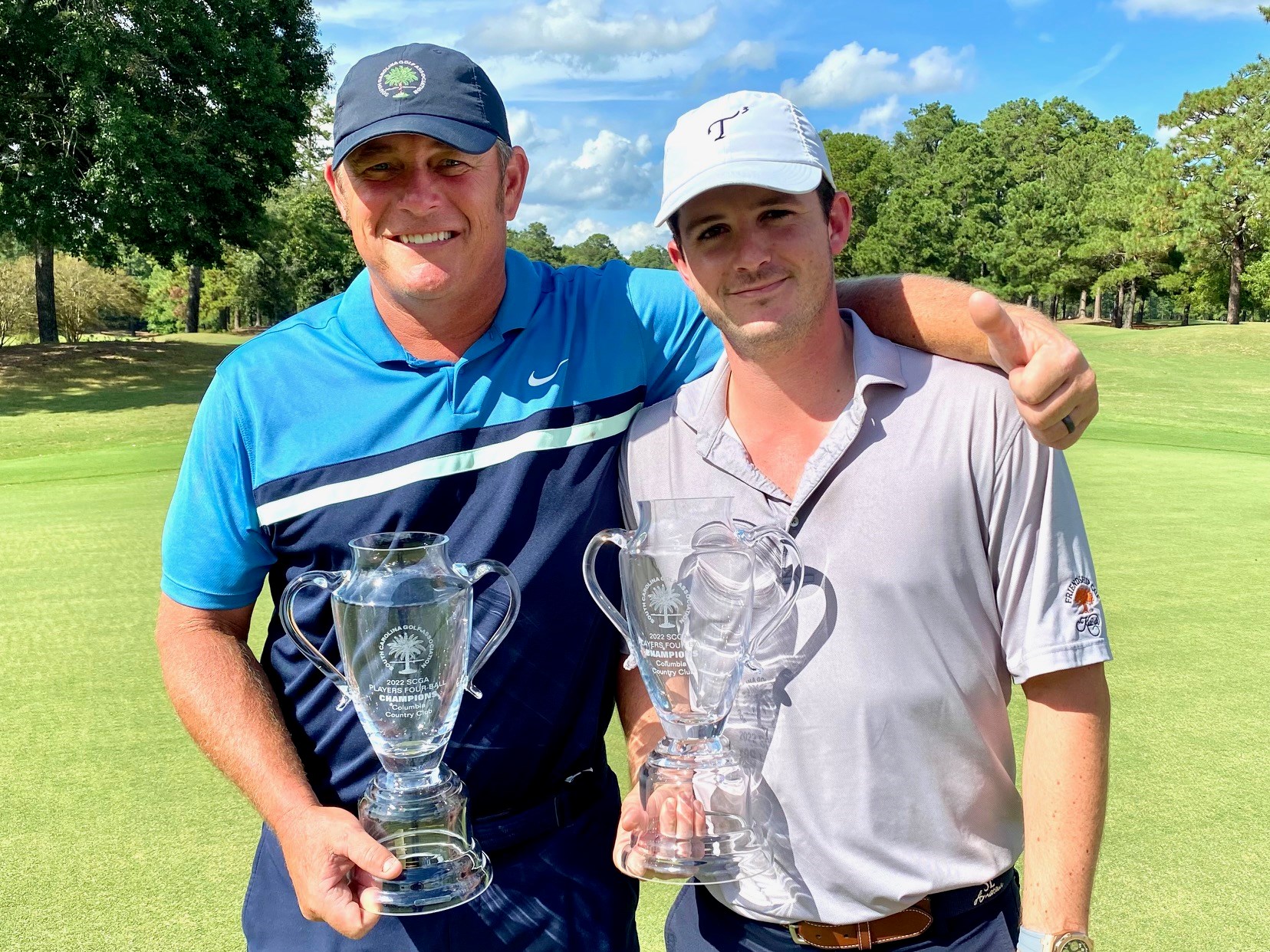 The team of Robbie Biershenk (Boiling Springs) and Parker Derby (Greer) have claimed the 2022 SCGA Players Four-Ball Championship after following up their opening round 64 with a final round 64 for a tournament total of 16 under par 128.

Biershenk and Derby would capture the victory by two shots over the team of Jamie Lightsey (Indian Land) and Brandon Truesdale (Rock Hill) along with the team of PJ Jacobs (Prosperity) and Levi Joiner (Prosperity) after both teams finished respectively with tournament totals of 14 under par 130.

The field was split into four flights for Sunday’s final round based on first round scores (Flights: Championship, First, Second, Third). The team of Zach Herold (Lexington) and Michael Sims (Lexington) finished atop the First Flight after a 13 under par tournament total of 131. The Second Flight was won by the duo of David Dargan (Columbia) and Josh Goethe (Columbia) with a total seven under par 137. The team of Dan Hogan (Blythewood) and Allen Koon (Columbia) finished in first in the Third Flight with a tournament total of two under par 142.