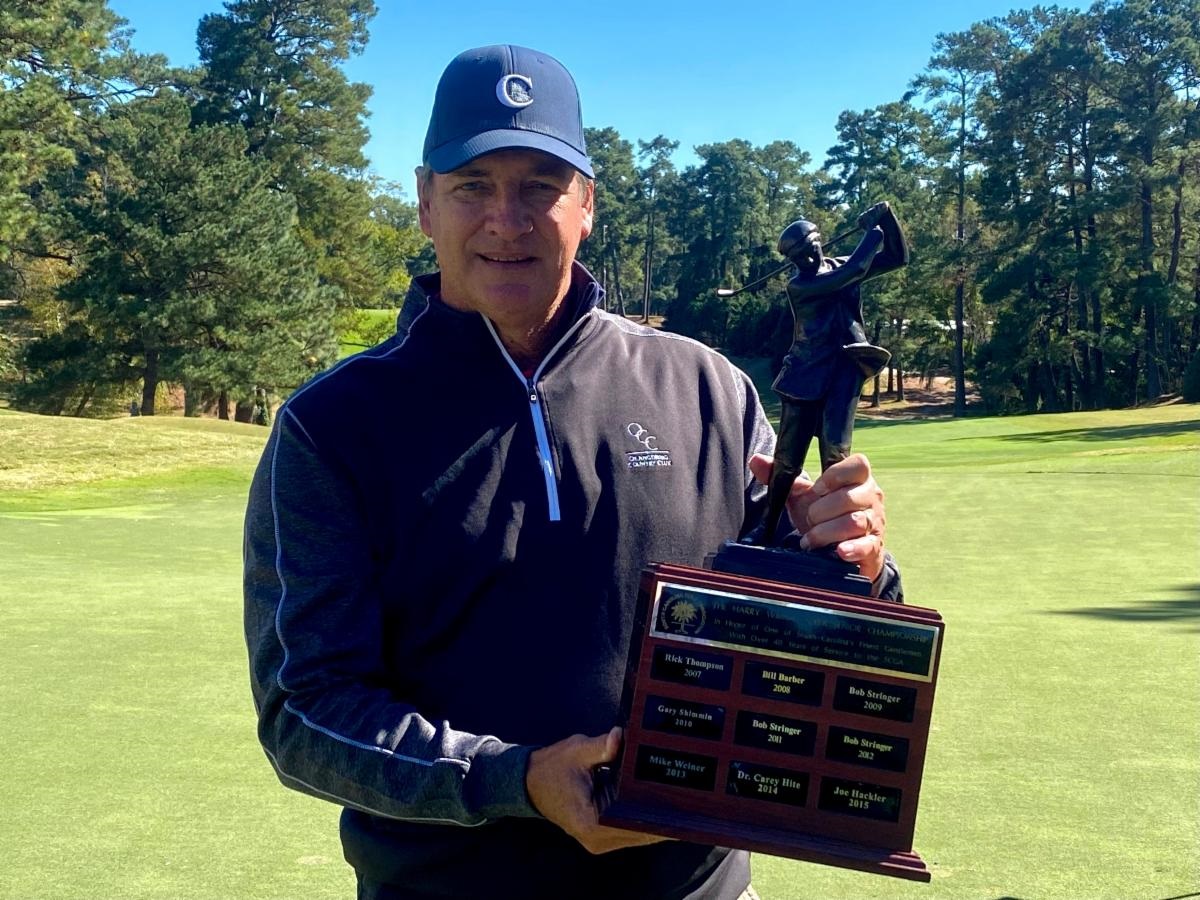 Tim Teaster (Cayce) shot a final round score of 67 for a two-day total of two over par 144 to win the 16 th Annual Harry Wilson Super Senior Championship at Florence Country Club. Falling one shot behind was the 2021 SCGA Super Senior Champion, Walter Odiorne (Blythewood).

Teaster, began his final round with a seven-shot deficit behind the opening round leader, Tom Eberhard (Johns Island), and a six-shot deficit behind Walter Odiorne. Teaster would compile 12 pars, five birdies, and one lone bogey for a final round tournament low of 67 to ultimately claim the 2022 SCGA Harry Wilson Super Senior Championship with an epic comeback. Odiorne would finish overall in second after a final round 74 and tournament total of 145.

In the Legends Division, Mike Weiner of Kiawah Island was victorious after finishing with a tournament total of 148 with a final round score of 76.

The 2022 SCGA Super Senior Championship was conducted on the par 71 Florence Country Club course in Florence, SC. The course played at 5,950 yards for the Championship Division and 5,478 yards for the Legends Division. The field consisted of 77 individuals over the age of 65 years old playing a Stroke Play format conducted over thirty six holes. The event was created to honor the 41 years of service by Anderson’s Harry Wilson to the SCGA.