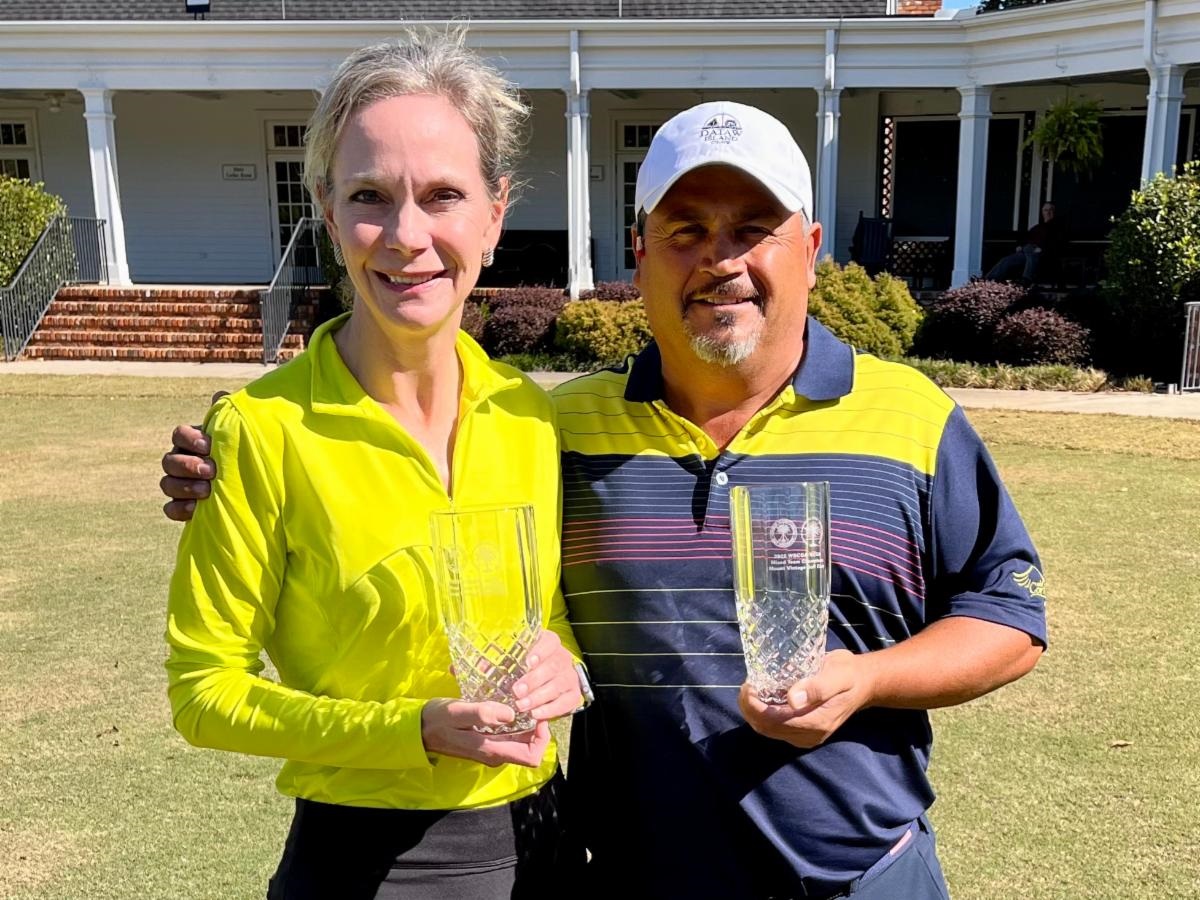 The team of Catherine Shealy (Blythewood) and Freddy Henriquez (Blythewood) along with the team of Jeanie Atkinson (Columbia) and Rich Houghton (Elgin) both are victorious in their respective divisions to become 2022 Champions at the 24 th  Annual WSCGA-SCGA Mixed Team Championship being held at Mount Vintage Golf Club (Chester/Vintage) in North Augusta, SC.

In the Championship Division, Shealy and Henriquez finished with a tournament total of two under par 142 to claim the top honors by two shots. Finishing in a two-way tie for second was the team of Nabila Inak (Columbia) and Spencer Skiff (Columbia) along with the 2021 Mixed Team Champion team of Meredith Taylor (Lexington) and Donald Taylor (Columbia). Both teams finished with a tournament total of even par 144.