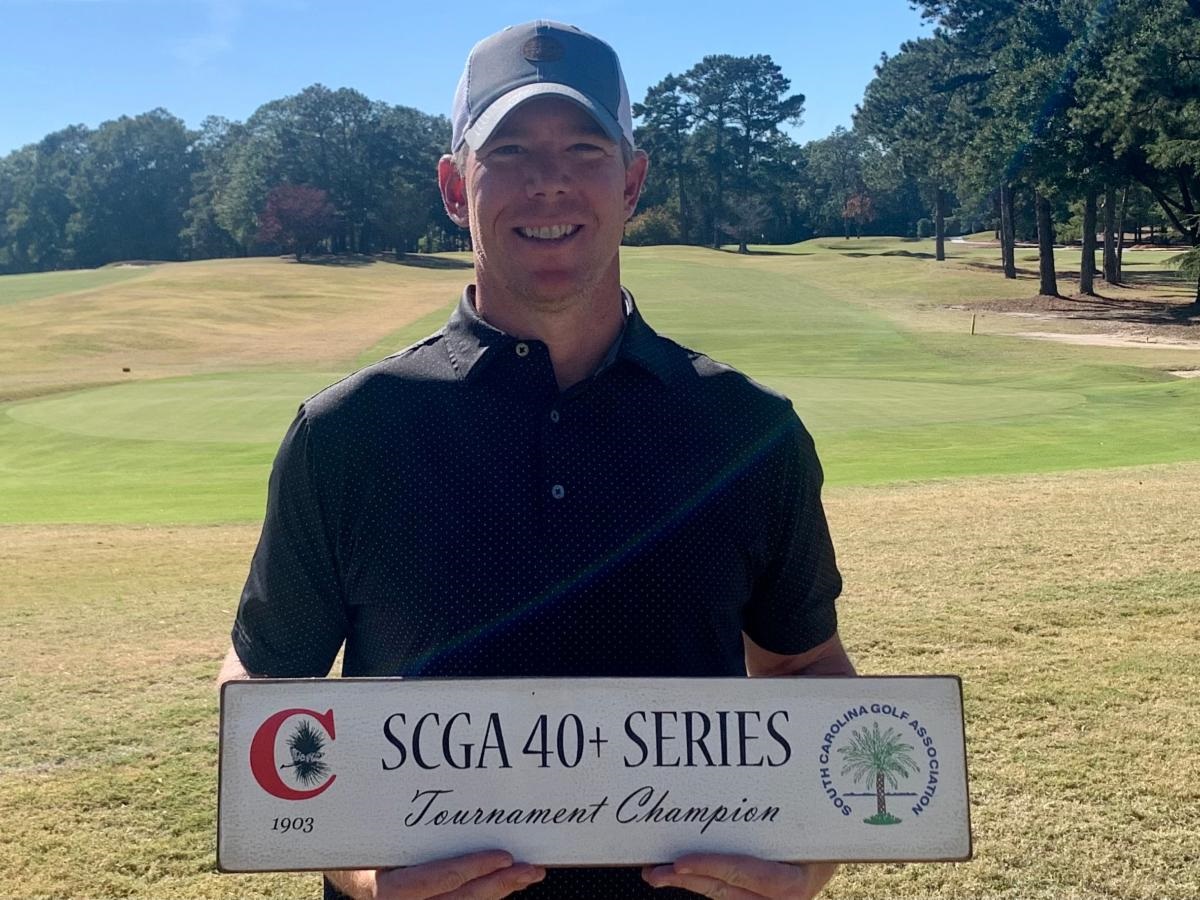 Robert Lutomski of Simpsonville was victorious at the sixth SCGA 40 Plus Series event of 2022 that was contested on Monday, October 24 th , 2022 at Camden Country Club, after a round of even par 70. Finishing in second place was Donald Taylor (Columbia) with a two over par 72.

In the Tournament Net Division, Greg Moore (Greer) captured the win with a net score of 69.

In the Senior Gross Division, Tim Teaster (Cayce) placed atop the leaderboard after a one under par round of 69. Eddie Hargett (Blythewood) finished in second place with a round of 71.

In the Senior Net Division, there was a three-way tie for first between Sam Tune (Williston), Rob Gravley (Greer), and Michael Smith (Cheraw). Each player finished with a net total of 70.

Joe Hendrick (Chesterfield) captured the Super Senior Gross Division with a three under par round of 67. Joseph Horne (Columbia) finished in second place with an even par 70.

In the Super Senior Net Division, Jim Childers (Hopkins) and Rusty Stokes (York) tied atop the leaderboard with a net total of 69.

The 40 Plus is a series of events conducted for golfers across South Carolina, over the age of 40. The field consisted of 77 players playing Camden Country Club in Camden, SC. This event was the sixth 40 Plus event the SCGA has conducted in 2022. The next 40 Plus event will be held on November 15 th  at Palmetto Golf Club in Aiken, SC.