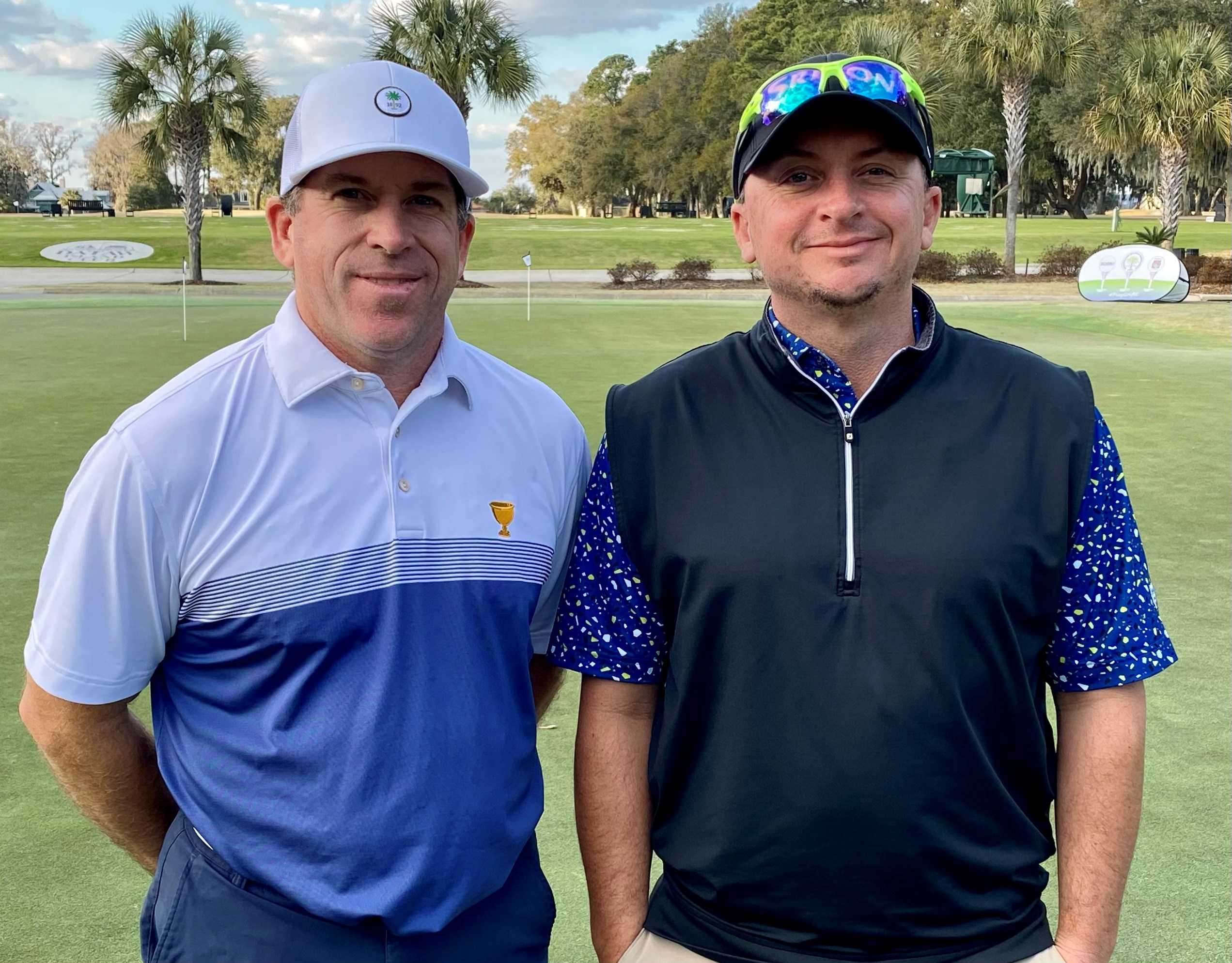 McIntyre and Sullivan Capture Victory at Forty Plus Four-Ball Event

McIntyre and Sullivan Capture Victory at Forty Plus Four-Ball Event

A beautiful day and a pristine golf course greeted players in the first SCGA Forty Plus Series Four-Ball Event in 2023 at the Dataw Island Club on Monday.  In the Tournament Division,  Shaun McIntyre (Columbia) & Scott Sullivan (Blythewood) claimed top honors with a gross better ball score of four under par 68. David Gibson (Lexington) and Lee Gronkiewicz (Columbia) shot a gross score of four under par 68, but would finish in second place after a scorecard playoff with McIntyre and Sullivan.

In the Tournament Net Division, Henry Lancaster (Wagener) and Bryan Tune (Columbia) finished atop the leaderboard with a net total of seven under par 65.

In the Senior Gross Division, Dean Nance (Greenville) and Doug Ramey (Greer) were victorious after a four under par gross round of 68.

In the Senior Net Division, Bob Martin (Simpsonville) and Tim Wilson (Woodruff) finished atop the leaderboard with a net total of 64.

Robin Alley (Columbia) and Gus Sylvan (Columbia) took top gross honors in the Super Senior Gross Division after a round of three under par 69. Alley and Sylvan won the scorecard playoff over the team of Robert Curri (Bluffton) and Charlie Hall (Hilton Head).

In the Super Senior Net Division, Rit Ritter (Charleston) and Willie Sauls (Hampton) finished in first after a net round of 70.

The Forty Plus is a series of events conducted for golfers across South Carolina, over the age of 40. The field consisted of 44 two-man teams playing Dataw Island Club’s Cotton Dike Course in Dataw Island, SC. This event was the first 40 Plus event the SCGA will conduct in 2023.  The next 40 Plus event will be held on February 6th at the Riverton Pointe Golf & Country Club in Hardeeville, SC.